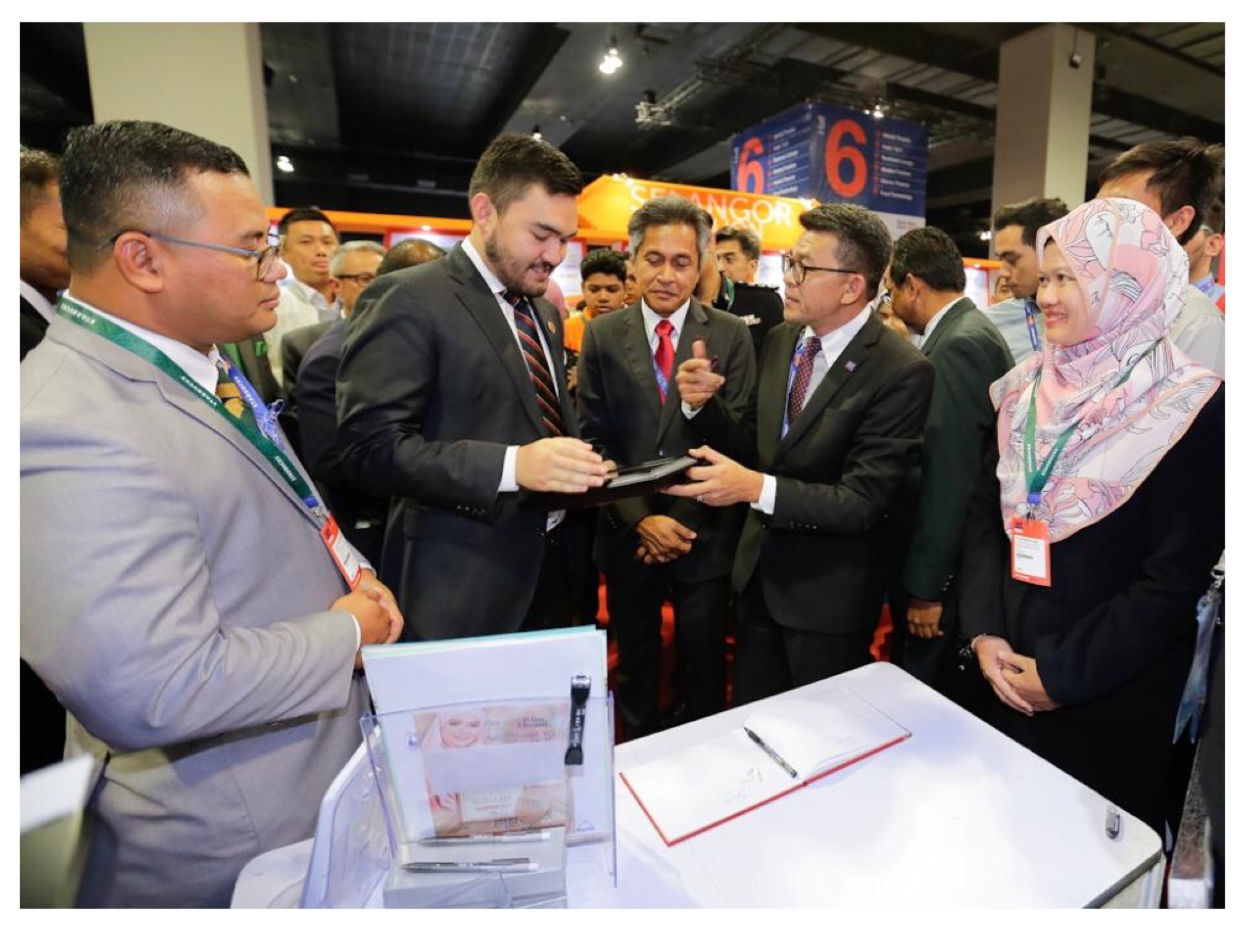 Capitalizing on the upward trajectory of the halal market, Central Spectrum recently participated in the 16th MALAYSIA INTERNATIONAL HALAL SHOWCASE (MIHAS) 2019 to promote Selangor Halal Hub and Selangor Bio Bay, Pulau Indah as the investment choices to investors, trade visitors and industry players who are involved in F&B, services and the development of halal products. Meantime, Halal International Selangor (HIS), the subsidiary of Central Spectrum, took the opportunity to promote halal consultancy service to the players.

The global halal industry is growing at an annual rate of 20% and is valued at about USD560 billion a year. The industry has expanded from food and food related products to include pharmaceuticals, cosmetics, health products, toiletries, medical devices as well as the service, travel and hospitality sectors.

Currently, the biggest markets for halal products are Asia Pacific and the Middle East. However, more than half of the global Muslim population live outside of the Middle East and are expected to reach 1.3 billion by 2030.

As such, MIHAS is a premier platform to create awareness amongst trade visitors and the general public on the potential of the halal industry both locally and internationally. Central Spectrum’s participation under the Selangor Pavilion at MIHAS 2019 strategically propelled its various projects, namely, Selangor Bio Bay (SBB), Pulau Indah Industrial Park Phase 3C (PIIP 3C) and the Selangor Halal Hub to those interested in halal sectors and industries to consider Pulau Indah as a choice investment for business as well as lifestyle.

MIHAS 2019 was held between April 3 and 6 at Malaysia International Trade and Exhibition Centre (MITEC). It was officiated by a Minister from the Prime Minister’s Office, YB Datuk Seri Dr Mujahid Yusof Rawa on April 3, 2019. Central Spectrum participated under the Selangor Pavilion which was officiated by DYTM Raja Muda Selangor Tengku Amir Shah Ibni Sultan Sharafuddin Idris Shah on April 4. Raja Muda Selangor visited the booth of Central Spectrum and Halal International Selangor and was briefed on the latest update of both companies’ achievements.

Halal International Selangor (HIS) and the Halal Academy signed a Memorandum of Agreement (MOA) during MIHAS 2019 to provide comprehensive halal training that is conveniently accessible via Halal Academy’s online learning platform.

A group of delegates from Philippines Investment and Trade led by Madam Ranibai Dilangalen, Deputy…