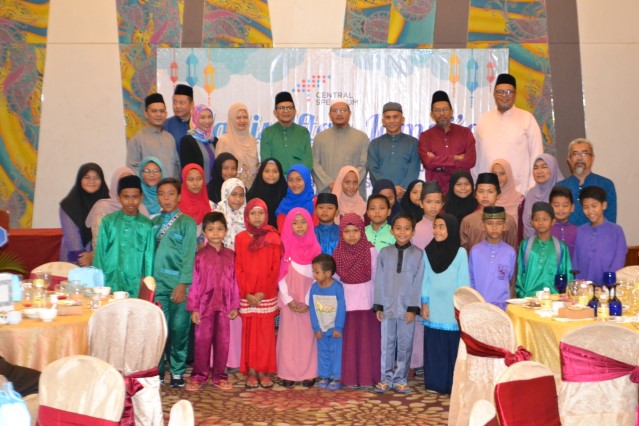 Recently on the 17th May, Central Spectrum treated the under-privileged children of Pulau Indah and students from the Madrasah Tahfiz Ar-Raudhah in Kg Sg Kembung, Pulau Indah to a sumptuous buka puasa buffet at a hotel in Shah Alam.

About 140 people including staff of Central Spectrum, members of Amal Care and the Pulau Indah outing team attended the “Majlis Iftar Jamai’e CSSB 2019”. Guests were welcomed by an opening address by the CEO of Central Spectrum, En. Mohd Razif Abdul Wahab followed by an enlightening tazkirah before breaking fast.

The evening continued with guests enjoying dinner before gathering for Isyak prayer and Terawih Jemaah. Later the underprivileged children from Pulau Indah and the Madrasah Tahfiz Ar-Raudhah were given a contribution by Central Spectrum as part of the Ramadan treat.

The Selangor State Government through its Investment arm, Invest Selangor Berhad in collaboration with Klang…

23 May 2017, Central Spectrum (M) Sdn Bhd (CSSB) together with the Government State Agency,…